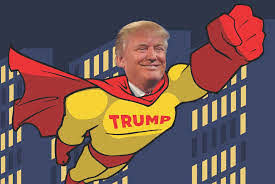 When you put an elderly senile man in charge of a political party there has is a problem with the party. Joseph Biden is tall,  handsome and I fancy the son Hunter. Any girl would think he was hot. I would vote for them if I wasn’t a rat and could smoke them out.  I wondered immediately why I had not really noticed him as Obama’s Vice President. I am not American but I have a passion for politics that comes from my Farther who wrote about the first and second World Wars. Anthony Cave Brown.  Obama I had a major problem with because of the bombs he dumped on Syria. He can be as charming as he wants but he did not live through the 5,000 a day  tragic refugees leaving and trying to find new homes in the West. Shame on him. America thinks he is a saint,

I know the Democrats do not like the Second Amendment eg guns and they do not like Freedom of Speech, but they love Pharma and Tech. They love to remove people that do not agree with them from Twitter and Facebook.  The Leaders of this party are often perfidious and the only one you can trust is Robert Kennedy, who is thought to be eccentric.  The people who vote for them  love veggies and plants and climate change. Oh so woke. They also love to be virtue signallers, something I loathe.
My friends who are Democrats laugh cruelly at The President and  I have always thought their time would be coming when they are paid back with a slap. They loathe Donald Trump.
Now quickly without going on too much I am going to say Donald Trump as the year of the dog is far too clever and diligent to not plan his war.
Nancy Pelosi was screaming about arresting him and removing him from his post. Biden called him George and got everything wrong.  Everybody was apparently scared of Trump yet he has been the only President to bring back his army from abroad and stop wars. He has created a peace alliance in the Middle East with Israel and one with the Dictator in North Korea. He has been nominated for Four Nobel Prizes. He has given more jobs to Latinos and the Black Communities In America. He has brought jobs home. He wants to take manufacturing from China.  He want to make America great again. He does not like Losers and he does not like to lose. He has Scottish and German blood.  He is meant to hate the green people yet he is planting a trillion trees.  He believes in the rights of the unborn child. Okay there is still the problem of fracking but a lot of people have jobs with it and its a tricky decision.
Nigel Farage warned us that the Election would be tricky.
The Democrats with the Media  can try to steal the election by putting masses of fake ballot however the world is watching all the time, we are at war, there is the case for the watermark.  The Dems will lose because suddenly it occurred to me, Donald Trump definitely  knows what he is doing. The Donald is going to trap these liars and cheats into committing fraud and bad mouthing him, then he will pounce.  He is not polite society. He is not a virtue signaller. Not palatable for the hypocritical polite society. I love him though.
He likes to be a super hero seeing his people. He plans the music, all of which is composed by  English Rockstars. Out of the sky comes his aeroplane and like cartoon character explodes onto the scene amongst a sea of red white and blue hats. Waving and screaming “We love you, Mr President” This man is hard to beat. He of course has faults he is human.. Too much hairspray, twitter, outspoken, his way with words.
Joe Biden is not a winner, he is proving to be used as a scapegoat.  He is too gaga to know what is happening around him, he is the year of The snake and easily flattered. He is not honest and he has admitted to taking bribes from the Chinese through his son’s laptop.   His son Hunter who smokes crack pipes is not someone you can trust for this great country,  so, what do the deep state really want? I say they want control. Control over us over the President. That is why we are being locked up round the world. It is not some flu it is control over our lives. This is a huge essay.
Four hundred words is not long enough. You understand though. Read between the lines. America does matter to The West and to the World. They are our Rod. We do not need the mob of Deep State driving us, the Illuminati and we do not need Agenda 21/2030. We need honesty and integrity and we need a Super Hero and they come in many shapes and sizes. Trump is the man and he will fight back. Just you wait. DONALD will come back and fight for us, just you wait, he will let the Democrats do their worst and then he will steadfastly catch them in the act.  It is not the tough guy that wins but the smart guy.
Nothing will happen fast,  slowly slowly catch a monkey.