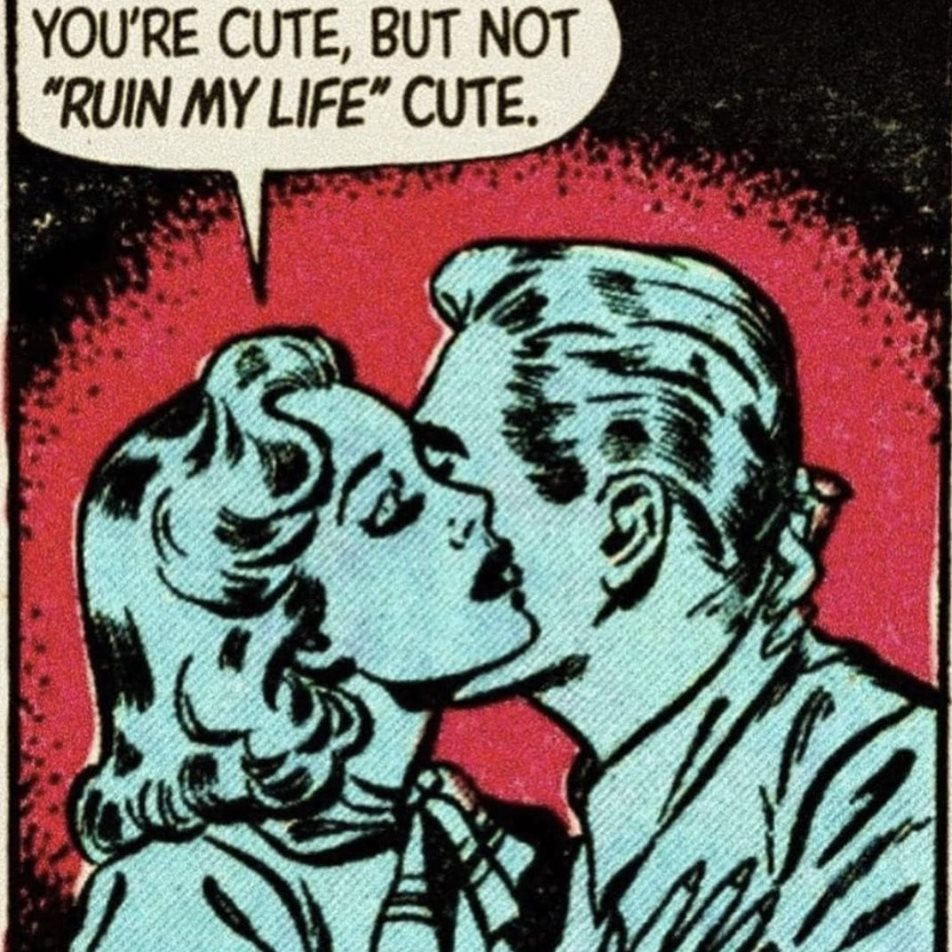 Many people were lonely in Lockdown.  I would see them walking alone in the park briskly. There would be the odd conversation 6 foot apart so of course there were socially distanced love stories. The Government said no lovers. I hate rules.  My stories may not make me likeable but winning is the best, however, the winner is rarely nice.

I was on my own, my favourite lover far away.  I had time to press right on Tinder and play with Match.com. The people on it appear not to have changed. Last time I used Match.com I got a man who gave a fake name, a fake address, who wanted money all the time. He never kissed me and wore glasses and contact lenses on top of each other to hide his identity who watched porn on his computer whilst  staying with me. He lied all the time and would hide my telephone and gas light me, making me think I was going mad.

The people on the dating apps are not my type, I sieve heavily. Remember people on them  use their best photographs which are not necessarily recent. I  pressed right and ended up with someone who said he was a neighbour.  He then left presents on my door step, which sounds romantic but I did not give him my address. I thought “Stalker” He trimmed my Wisteria at the front of my house and left a message  ‘I trimmed your bushes on your house, so you know how I like my pussy trimmed.”  On another evening he played with a red vibrator, sucking it and then massaging himself in the anus,  I had only known him a few days. It was done under bright light instead of candles. I thought to myself, is he gay? He looked so happy. He said dodgy things like, “Guess what I have under my jeans, I have nothing on?” He did not have any pants at home because he had just moved out. For someone reasonably good-looking he had patchy coloured hair that he had dyed badly,  so clumsy and not alluring. He was supposedly educated to scholarship level at one of Britains best Universities, he had been head boy too.  I found he was bossy and limited. He was happy to break rules but not agreeable when others did the same. When people take off their clothes they behave in the most extraordinary way, there is a time to put up a white flag.
With little talk of P.G Wodehouse or anything funny, “There is no surer foundation for a beautiful friendship than a mutual taste in literature.”
― P.G. Wodehouse .   The man made my skin crawl with texts saying he wanted to penetrate me.  I did try to like him,  but truthfully I like intellects.   I like men who are interested in the art scene, who know who Tracey Emin is and the difference between Rembrandt and Velazquez.  That have the right vocabulary. “Couch and lounge”  are a no no, yes I am a snob.  I like men who work hard. He had retired and was trying to write a book without having read many and with a narrow vocabulary.
I also do not need a man who wants to be a bad housewife. who lies about the ages of his children adding on two years for each of them. I do not like men who boast they are hedonists and leave me with all the bills from our trips. I do not mind paying half but why should I pay for everything?  On top of that avoid meeting anyone getting divorced as they bore you to tears with the stories that are all the same. They may pretend you are their new love of their life,  that their wife was dreadful and did not love them.
I am not into men that like Boujis, hot tubs, bubbles I do not drink.  I  do not like men who still live with their wife at home in a house smaller than mine.  I would want a mature man who acted their age instead of 22. Who looks after himself, who dressed well and did not have dirty finger nails, hairy ears and yellow teeth. I make an effort why can’t they? I like very tall men and thin men, at least he did not lie about being the latter. You can be clean in mind body and spirit. I do not like men who build you up only to knock you down. I do not like bossy men who are control freaks. It’s funny when I go off someone they diminish in height and now when I bump in him, he is now 5 inches shorter. He has certainly lost any glamour he once had, a beta male.
After slamming the door in his face, three times, it was okay walking alone. It had to be. I walked with my ‘walking partner’ along the rivers near Chelsea laughing at my foibles.. Of course I thought about sex a lot, I had time and I am not dead. It is tricky when you do not meet people properly in the normal way, eg the supermarket, the train, introductions.
When I again, after 6 months of cruel  lock up, I saw the love of my life I ran to him, it felt like home. Tinder is a trap I am simply not that desperate.
I know what love is, I have had it sometimes.