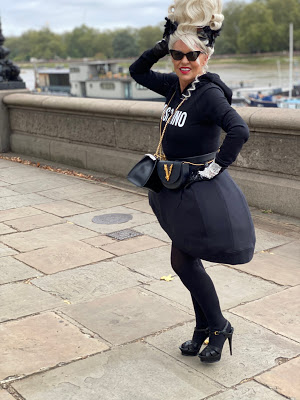 The last time I looked up from the rabbit hole Christmas was cancelled and we were living in a totalitarian country.  Democracy has become a dirty word.  It was good we were told,  we must protect ourselves from COVID19 so our families were split. Good that people were going to be alone and depressed.  Is our brain going to function since we are so dumbed down? I am thinking,  is this our real life. Is this fiction?  This is the only window we have now, our only communication. We have become little internet people inside boxes. I want to speak to my lovers on their clouds. Nobody gets a cold or flu nowadays,  they get COVID19. I am going to order on Amazon a USB lover and he will perform the penetrations needed to keep my sanity with different programmes.

The very rich left London and the world’s capitals,  like rats from sinking ships, they went to the Maldives and Barbados so clearly the lockdown had benefitted them.  The rules were so complicated on COVID, they are hysterical. Tier four could not mix with tier one and tier three can have restaurants open or was it shut? Then there were the bubbles of two or three people who have been together.  All I know is that the map of the UK is entirely red. Martial Law is on its way around the world. So wake up.

Great Britain has left Europe but has the opportunity to join again should we wish to in five years time?.  Boris Johnson has gone from the most popular Prime Minister a year ago to the most unpopular since having a baby with his woke girlfriend.  Since November this year and the departure of Dominic Cummings,  Boris has been making decisions with the advice of his girlfriend  Carrie who we are told is about to be misplaced.

We have become Orwellian. No pubs, no gossip, no theatre, no church or seeing friends.  We sit on our own hoping someone will ask us to walk with them to eat a congealed sandwich in the park. With the Government spending enormous sums I try to open my old Bitcoin account which some ex-friend opened ages ago, the codes don’t work and I go round and round in circles hunting for lost passwords. After all, our money will be on some blockchain soon. I will keep laughing and try to see the humour in all things. We are living a dystopia a Soylent Green trailer.

The restrictions benefit the boys from Davos and their plan of the RESET which they have not explained to the general public. Having read the dreary book I notice that the population has to be reduced to 500 million worldwide and I wonder who goes first?  The World Economic Forum really have no joy for life.  We are not even a service economy anymore and Christmas is apparently not vital, also churches are closed.  Collapsing everything seems to be the new build back better cry.  “This is a global RESET”  they repeat.   Please try and read COVID19 and the GREAT RESET by Klaus Schwab, if the content was not so dangerous you could give it a miss.  The Political elite has become smug and happy with their extra billions. The MEDIA continually lie. They look on at the hysteria that they have created with glee and Matt Hancock and Dr Fauci can’t wait to chip us and vaccinate us with their new treats.  I do not understand what these MP’s think they are doing to their public they clearly have no regard for them.  That is all part of AGENDA2030. Oh, that is just conspiracy?  The elite hate Trump, supercilious and pleased with themselves, they just cannot control him. First, they ridiculed him, gave him endless bad press.  They had to get rid of him. At this point as an English person, I do not care about Republican or Democrat I care about the integrity of an election. America is not Venezuela and England, must not follow.

In my life,  Alex Jones has been replaced by the Harvard educated Stephen Bannon.  My crushes come and go on the cloud and at least I am not on Tinder vibrating on some unloved piece of plastic.

I am falling asleep to “Make America Great again again”. the scuttling of rats join the President, but as yet we don’t really know which President. The states flip to and fro as they hide millions of ballots or get them shredded or increased by Dominion. Apparently, Sadiq Kahn has bought several Dominion servers for London, I wonder why?  The Donald has been gaslit for four years and the public was not told the truth. The supposed global elite cannot take what they consider Donald’s vulgar ways.

I have stopped listening to the news since the media told us that Biden won the election,  without telling us the news that supposedly Biden stole the election through the servers and illegal ballots?  Yet both Hillary and Joe admitted the theft on television.   The media suppresses everything.  “The Steal is clearly the new win?”

The John Grisham Novel cannot even compete with these real-life stories.  It seems unfortunate this might lead to a Revolution. We live in a world where good people appear bad and the bad are bad.